In this video i share with you what canary seed mix food i use for my Timbrado caranies. You can use it for all type of canaries.

In the 2nd video of this year breeding season as you can see we have already 3 eggs!

5 days after i put together my 2 canaries ,the female start to making her nest.
The day after she complete the nest she laid her first egg!

If you like my videos don’t forget to subscribe and to follow on the others social media too.
I am waiting to see if she will make more!
In the next video you will see how many total eggs she made and if they hatched

If your bird sing,possibly is male
If it lay eggs,usually in spring ,is female for sure!
Another technique is to look at the bird’s genital area as i show in the video

The benefits of orange for birds
Oranges have a super dose of vitamic C which can boost your bird’s immune system.
Measure 1/3 of orange juice and 2/3 of mineral water.
Serve this to your birds once or twice a week.
Enjoy the video!
Information about canaries
instagram
Facebook page

It is necessery throughout the year for birds,especially in females during the breeding season.

Διάβασέ το στα Ελληνικά εδώ
The canary is a singing bird that belongs to the family of Fringillidae (Fringillidae). The official name of the domesticated canary is sirinus canaria domesticus.

Canaries were introduced to Spain in the 15th century after the conquest of the Canary Islands by the Spaniards. Due to a maritime accident, a large canary load has escaped and soon spread across Europe. Also the canary is likely to come from the wild canary (Serinus canaria canaria), which originates from the Canary Islands of Madeira, the Azores, Tenerife and others. 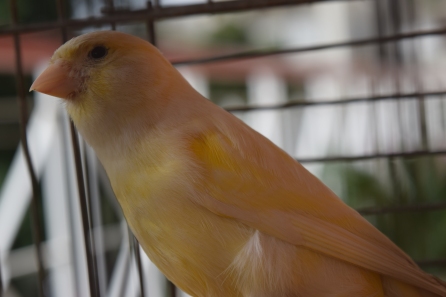 The Dutch canaries. They are big, they have soft plumage, but they are not distinguished for their singing.
German canaries. They have nice color and nice voice.
English canaries. They have a dark yellow color that changes in yellowish-red or red-orange due to the artificial diet of pepper, sugar, flour and boiled egg.
Some countries breed canaries for their singing while others for their color. There are different types of canaries grouped into separate categories according to their specific characteristics. Thus, they are categorized according to their different motifs, their different coloring and their different external appearance, with or without wrinkles or curls. These include the wild canary. It has a green plumage with gray streaks and yellow hues on the head and on the back. It can easily mate with the goldfinch. In the eastern Mediterranean lived another species of canary, the domesticated, which originated from the wild canary and had begun to enter Europe in the late 16th century. The various canary species present today are derived from crossings and mutations from breeders. In Malin, the inhabitants of the area have a melodic canary malina, with metallic notes, medium and high, as well as water-jet and unreadable. In England they cross old canary tribes and create new big canaries that take their name from the homonymous cities where they were created. In France the curly canary from Paris, Belgium the typical Canary Canary and many more in different countries and regions. Named for their chirping is the Canaries of Hart.

Canaries are clean, calm and do not need special care; they do not like to touch them. The melodic and pleasant sound they make when singing is their special feature. It is also their most sensitive and powerful point, since if they get sick they stop singing until next spring. From the early months of their lives, especially males, they start to sing. Canaries have learned to live in the cage and are therefore not known as social birds. Their life is pleasant inside the cage. For better survival of canaries, males should be in separate cages from females to avoid collisions. But in order to have a companion, the cages are good to be in close proximity.

It is not easy to distinguish the sex of canaries. During the breeding season, however, we can distinguish it more easily from behavior. At that time, usually in the spring, males are particularly talkative. Canaries are relatively easy to breed at home as long as:
be healthy and adult
there is plenty of water and food
a nest and materials to place in the nest.
To prevent injuries to the female, the couple must stay together in the same cage only at that time. The female generates 3-5 eggs, incubating for about 14 days before hatching, while the newborns are born without plumage and are ready to leave the nest in about a month. Canaries are raised by both parents. Once a year at the end of the breeding season, canaries are changing their plumage.

The main canary food is a variety of mixed seeds. However, when feathers change, they need supplements rich in protein, such as egg, chopped chicken or powdery mildew. The type of red canaries should be supplemented with melted carrots, sweet potatoes or carotene. If there is a constant source of stress in the life of a canary, such as fear, competition with other canaries in the cage, infection or bad design of the cage, the wings are not properly formed and can be left without plumage all year round. When the weather is cold, the canaries must stay in the house, where there is no air flow. The crate must be spacious, safe and have many branches. Canaries can live if they are taken care of by their owner for up to 14 years.

Διάβασέ το στα  Ελληνικά
The breeding of  canary X goldfinch mule is more difficult than the production of canary breeding.

The mules, apart from their color variations, have strong vocal talents. They have the intensity of the voice of the canary and the duration and plot of the goldfinch.

It is supposed to be better  those who have heard only goldfinch and who can imitate other voices.

The goldfinch is better to be young, not mated with other goldfinch and not too old because they may not mate with the canary.

It is best birds tis thise with a big nose, “iron head”. The wings should be as dark as possible.

The canaries must also be one year birds, not mated with a canary and better have a ring on the leg in case we want to ring the chicks.

We place the couples(with a divider in the middle to get used to each other)in December. We increase the duration of lighting and give them vitamin E.

The wild birds we feed them with mixed food (13 to 14 kinds of seeds) with a little bit of black sunflower seed.

We put an eggfood  once a week greenery (spinach, lettuce etc.) keeping in mind that it is always dry to avoid diarrhea.

Goldfinches are affected by intestinal diseases and far less than respiratory, unlike canaries. Once a month, we put vitamins in the water.

The pair must be isolate so  the goldfinch does not listen to another bird of its kind and we put a cover in the cage which isolates the birds from the environment and allows the entrance of the light by opening small holes to place the food and the water without disturbing them birds. So after a while, the goldfinch begins to focus on the space inside the cage and on the canary.

A major problem is that the canary “burn” much faster than the goldfinch. If the goldfinch is old bird re-mated, then at most a birth is lost. But if they are young birds, then things are more difficult, because they will be  ”burn” April to May.

Many times the birds are fighting, but this is not a cause of anxiety,when it comes time they mate normally. A problem that may be encountered is that some goldfinches are selective for the color of the canary. They prefer dark-colored, and they react negatively to light-colored.

The male goldfinch  appears to be “burned” by the whiteness of her nose and legs. If she shows interest in the canary, she lowers her wings by singing her. Canaries, when they are burning,they move uncomfortably, steaming and cutting newspaper pieces from the bottom of the cage to make a nest. Then it is the best time for the partition to come out and insert the basket for the nest.

As soon as the canary makes the first egg, we get it, we put fake until all the eggs are born and then we re-establish them in the nest so that the chicks can come out simultaneously.

In the nest we must have been thrown into a powder to avoid lice in the chicks. When the  canary makes the second egg, we remove it, and we put it with  another canary or in case we do not want to put it in a cage that has a visual contact with the mating goldfinch If the bird is experienced they can mate again.

On the sixth day of incubation, we take the eggs in front of a lamp and remove the unfertilized eggs.

The birds are all coming out of the eggs, and then we put the boiled egg in the cannon, cut with the shells and the egg.

On the 5th to 6th day we ring the chicks. As soon as the birds leave the nest we place another nest on the other end of the cage. As soon as we see that the canary is starting to nest again, we put it in the goldfinch.

The best thing is to put the goldfinch when the chicks are ready to eat on their own, so we can remove them.

The young ones take them out just as they snap eggfood  on their own. We put them in a big cage and leave them there until we can distinguish them in females and males from their voices. At 12 to 14 weeks of their birth, they will have a fever that lasts for 4 to 6 weeks. This is the best age for Training their Songs. 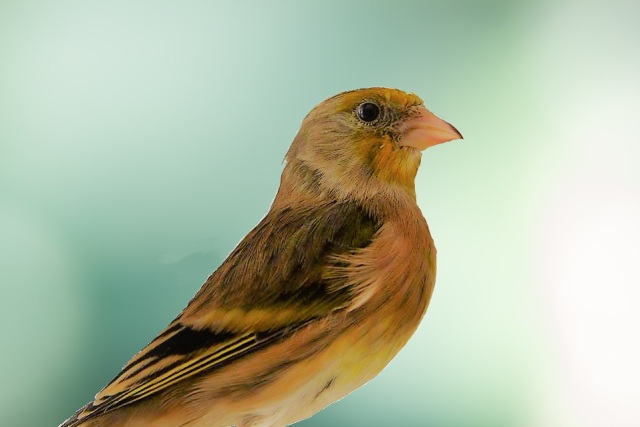